To preach, or not to preach?

If Hell isnt eternal, how can Heaven be? 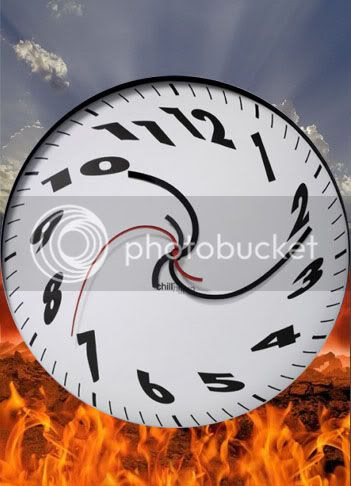 Once again, I got into the subject of universal salvation, this time over on the Faith Freaks forum. One of the objections was a popular one that, up until recently, I didn't feel very good at answering; hence I didn't really write a blog strictly pertaining to it until now (whether I am any good at explaining it now, you can be the judge). The objection was,
"If Hell isn't eternal, how can Heaven be eternal?"
This line of thinking comes from verses like Matthew 25:46, which reads,
"And these will go away into eternal punishment, but the righteous into eternal life."
And at face value, this verse seems to denote that the coming punishment (Hell) is literally eternal in duration, as well as the coming life (Heaven). But I believe the truth of the matter lies within a Greek word I have talked about long ago on here, which is the word aionios. It is the word in Matthew 25:46 (as well in many verses) that is often translated as "eternal". However, it is not always translated so. In fact, some scholars would argue that it should never be translated as forever or eternal, except perhaps in the case of God. This is because aionios is an adjective, which derives its character from the subject to which it refers. In other words, its time duration is defined by the subject it's attached to. 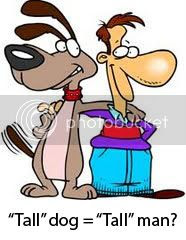 To clarify further, aionios is kind of like our English word "tall". If I use "tall" in a sentence like,
"There was a tall man at the park, and he even had a tall dog! What a coincidence?" and I say that I think the man was around 6'7", you're probably not going to think that the dog was also 6'7"! That's because the word "tall" in itself has no set height, its only a general term for describing height. What its actual height may be is completely relative to the subject in question. So the dog could have been less than half of the mans height, but still be considered tall for a dog. Such is the same with aionios, except in regards to time. (note: as I'm sure you know, several other English words function this way as well. Such as "big", "great", "long" and "thin")
This dismantles the common objection that aionios must be rendered as eternal, even if used multiple times in the same sentence. There are several Biblical examples in which this is obvious, one such is Romans 16:25-26,
"Now to him who is able to strengthen you according to my gospel and the preaching of Jesus Christ, according to the revelation of the mystery that was kept secret for long [aionios]
but has now been disclosed and through the prophetic writings has been made known to all nations, according to the command of the [aionios] God"
The first aionios obviously does not mean eternal and it appears most Bible translations recognize that (because it makes no sense to say a mystery was kept secret for eternity, but then say it "has now been disclosed". That butchers the meaning of eternity, which is "without end"). However, the second use of aionios is rendered eternal because we understand God to be literally eternal or without end. Gods eternal property is not changed simply because the same word earlier in the sentence does not mean eternal. And I would argue that in the same way, the eternal property of "eternal life" in verses like Mat. 25:46, is not changed by the fact that "eternal punishment" is not literally without end.
Now you may object, and ask as to why I think aionios in the case of life literally means eternal, where as punishment I believe it is only temporary? And I suppose there are several reasons why I think this, many of which I talk about on my blogs here. However, without writing another blogs worth of information, I would simply like to point to how scripture defines the coming punishment. As you may recall, the original punishment decreed by God for sin was "death" (Gen. 2:17). In the new testament, Paul echos this by saying the wages of sin is "death" (Ro. 6:23). And the lake of fire in scripture is called the "second death"(Rev. 21:8). So "death", whatever that entails, is the punishment for sin, the aionion punishment talked about in places such as Matt 25:46. Yet this punishment of "death" (both first, second, third, whatever) cannot possibly be eternal, because we are told in 1 cortinthians 15:26 that "the last enemy to be destroyed is death"
So if a time comes when death is destroyed (both in the physical sense and the spiritual separation sense) what is logically left to partake in? Life! Not just a physical life, but also a spiritual life. This conclusion fits nicely within context because in the following verse it talks of God subjecting all things to Himself, and ends with verse 28 which states that God will be "all in all". And in order for God to be all in all that is subjected to him, the period of punishment and separation must come to an end at some point in the future.
I'm certainly no Greek scholar, as I've said before. and I'm sure there are much wiser people that will disagree. But hopefully this sheds some light of understanding for you, on texts that seem to speak of "eternal" punishment.
Posted by SavageSoto at 4:50 PM 2 comments: