Some thoughts on the Law of Attraction

About a week or so before I was supposed graduate from bootcamp I got a stress fracture in my foot, putting me on hold from training. I was on hold for something like 6 weeks and found it even harder not to be extremely depressed. Anyway, I used the time to check out some of the other religious services offered there like the Unitarian Universalist and Buddhist ones. The Buddhist one was actually something called Nichiren Buddhism which oddly seemed to have aspects of the Law of Attraction principle (made popular by 'the Secret' movie) woven into it. Essentially, what I gathered from it was that by chanting and focusing on what you desire you will either receive it or come to an understanding of why you didn't.

Towards the end of my time being on medical hold, the doctor had told me that he was going to send me back a couple weeks in training, instead of just letting me finish out the last tiny bit of training like I requested. For whatever reason though, he wouldn't allow it. So, I decided to try chanting and focusing on my desire to get the hell out of bootcamp. Long story short, I finished bootcamp 3 days later and the following week I was sent to Maryland for school. Now, I guess that wasn't the greatest, impossible miracle to ever happen (though at the time, it sure felt like it) but it is a story that have thought a lot about since. Was it really because I had "attracted" the outcome into existence? Honestly, I don't know but I found it very interesting none the less. There have been many other similar coincidences in my life as well.

Regardless of entertaining the law of attraction from time to time and seeing what appears to be results, I admit that I have often dismissed it as silly. I mean, saying that I can have a Ferrari or a million dollars if I continually think and speak it so that the universe will somehow bring it about...does indeed sound silly and I'm not particularly sure about those sorts of applications. However, since coming to a more pantheistic view of God, I have to admit that the basic principle actually makes a great deal of sense to me. If everyone and everything is essentially a manifestation of God then why wouldn't the power to create worlds and stars be within each and every one of us? If God is not this guy out there somewhere pulling the cosmic strings and it's really me, then theoretically I can achieve virtually anything. Crazy, supernatural things even...theoretically. I mean, Jesus claimed to be God and he supposedly did all sorts of miraculous things. I don't know if any of those things really happened or not but if so, maybe the truth is he wasn't any different than any of us, he was just much more in tune to his "God-hood".

What sets apart the people that achieve greatness from everyone else in this life? Maybe its talent or luck or perhaps there really is a deity separate from us and he/she blesses some more than others for some mysterious, divine reason? Perhaps it is those things but perhaps it has more to do with our thoughts and the way we focus on them. I'm not sure what the context of the quote was, but Muhammad Ali said, "I am the greatest, I said that even before I knew I was." Sounds a bit egotistical, but maybe the deeper truth in that statement is that Ali's intention and speaking of that intention helped alter reality in such a way that he become a boxing legend?

One last thing, I was talking to a counselor recently and telling her my various life issues and one of the things she said was that my negative self talk was basically acting as a self-fullfilling prophecy and I needed to reverse that in order to see change. Now I don't know that she necessarily meant anything spiritual by that, but it makes a lot of sense when I think upon my different situations. For example, I've been basically single for something like 4.5 years. And truthfully in that time I have thought and talked about it a lot and it would seem that I have somehow perpetuated that situation by thinking and speaking that negative fact over and over again. So realizing that, I've been trying to flip those negative thoughts into positive ones and I intend to focus only on that. Maybe if I focus really hard on being a "chick magnet", perhaps I will become one ;)

Posted by SavageSoto at 10:59 PM No comments: 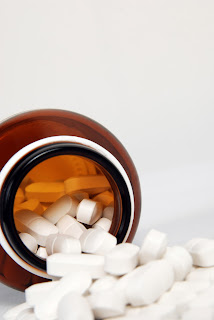 As most of you know, I've spent the last couple years on this blog talking about various topics regarding spirituality and chronicling my own journey. While I don't feel I have as much to talk about as I once did, I still see the overall activity of blogging as very important for my personal reflection in addition to maybe giving someone else out there in the internet world something to relate to.

However, one thing I've tried to become more mindful about is just how much time and thought I devote to spirituality. The reason being because I know just how addicting the whole thing can become. I've seen it take over people's lives in scary ways and I would say I've had those scary moments myself.  Scary ways for me mainly has been in terms with debating people and trying to get people to consider my point of view. I have thrown myself into that game more times than I care to count and while I think I typically have a gentle approach to it these days, I still often find myself having to bite my tongue from saying something that I know I'll regret. I still have to check myself to make sure I'm not perceiving myself as a valiant, knight of truth and reason out to slay wayward and ridiculous ideas wreaking havoc upon the interwebs. There is just a dark room of delusion one can get caught up in when one feels they have some sort of grapple on life's mysteries.

I've also always been a fan of reading all sorts of books but the majority of what I read anymore are books pertaining to spiritual philosophy. I'm not really sure why I find them so entertaining but I suppose it keeps my mind stimulated and my ideas progressing. It also eases my need to discuss such topics with people since it is kind of taboo talk for the majority of folks, so in those ways it is very beneficial. But it can be a scary thing when I get so lost in these books as to neglect other hobbies or attend to my social needs. Even when I'm not reading, my mind has a habit of wandering off during work or daily interactions and I end up down a rabbit hole of questions to the point that I sometimes totally forget what it is I'm actually supposed to be doing.

Another way that spirituality can be a detrimental addiction is in terms of power. The obvious examples would be certain clergymen that famously abuse their positions of authority and either physically or emotionally injure those around them. In a more relatable way, spiritual views appear to make great pedestals by which all others can be judged and thought of as intellectually or morally inferior. Honestly, I think that is a more common thing than is often realized because it's often something subconscious. The most well-meaning and kind people can commit this. For example, as much as I don't believe I am better or smarter or more enlightened than anyone else, the feeling of "one-up-ness" can creep up on me when someone seems unable to answer my questions or their responses seem illogical in some way. A small part of me silently celebrates and thinks "the truth has triumphed!" because I can't help but feel I have constructed the most sensible spiritual perception even though I know that is a completely relative thought.

Lastly, spiritual ideas have the potential to create an internal war within our being. I'm particularly thinking of the concept of "sin" which can easily get people distraught about not meeting a perceived ideal and beating themselves up over things they plain just can't help. This internal war between right and wrong has been a source of my own struggle in genuinely loving and accepting myself and it's painful to see so many others endure the same.

In conclusion, I obviously think spirituality can be a very positive thing but there are several things I've realized that I have to be mindful of. Not making time for it is perhaps just as bad as making too much time for it, but as with all things, moderation is key. Moderation is what I think will keep me from being burned out and frustrated by the spiritual quest.
Posted by SavageSoto at 4:07 PM No comments: