Some thoughts on "faith" 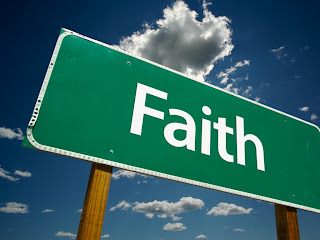 Something I've wanted to blog about for awhile is "faith" in the sense of "belief not based on proof". It's an interesting thing because I both sympathize with faith as well as challenge it. So, I want to talk a little bit about both sides of my feelings towards the idea.

On the one hand, I completely understand what it feels like to have faith that something is true and being somewhat at a loss to explain just why you feel that way. There are plenty of things I still believe that I don't necessarily believe can be proven, such as there being inherent worth in each and every person. Sometimes things just resonate with you on a level that cannot be explained and the only sensible reaction you can muster is a total embrace of the idea. So, when I'm having a discussion with someone about a certain belief and at the end they say that they "just have faith," I can sympathize with that and a part of me seeks to respect that as an almost sacred bond.

Then there is the other hand, where I see faith as an all-too-common roadblock to critical thinking and discussion. This is because often times when people say that they have faith in something, it seems to mean that they have thought about it once, but now they are all done thinking about it. They have come to their official conclusion and all other ideas are merely lies and deception. They thus commit their entire lives to following the idea they have faith in and regard any inner or outer questioning of it as essentially evil. I understand this because this is exactly the approach I had to faith for a long time. Eventually though, I started to suspect that this was not necessarily God's view of faith and thus set out to see just where my questions would take me rather than constantly scapegoating them off on demons, devils and false prophets. In the words of Galileo "I do not feel obliged to believe that the same God who has endowed us with sense, reason, and intellect has intended us to forgo their use."

I think that there can be a happy marriage between faith and logic, which oddly, many people don't think is possible. They think the only options are to either take the path of faith or the path of logic but I totally reject that notion...you can entertain both and I think to some degree we all do subconsciously anyway.  The approach to faith that I strive for values unexplainable belief while valuing critical thinking. It is aware of an inner spiritual attraction to certain ideas but yet is not afraid to examine those ideas from time to time to see if they are still worth embracing. To me, this is the only type of faith that doesn't eventually become stagnant and is where true spiritual growth is possible.

Posted by SavageSoto at 2:23 PM No comments: