Why I Believe (Pt.2): Inspiration of Scripture 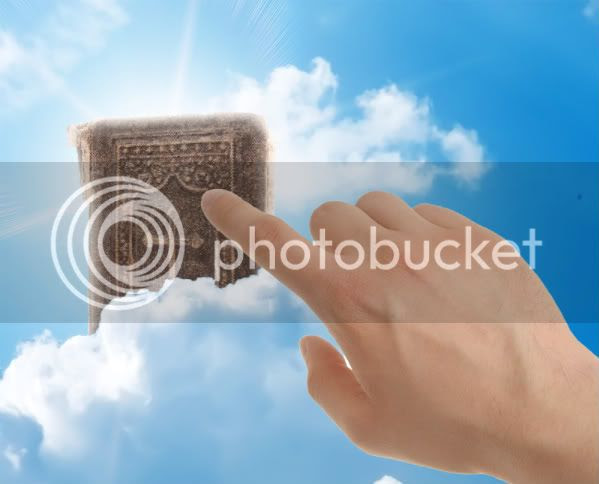 The Bible and why I believe it to be inspired by God has been another question Ive been contemplating for awhile now. And it seems to be the more I think about it and the more Im honest about it, the more uncomfortable I feel about the whole thing. However, after reading this blog from about a year ago, I realized I'm really on the same train of thought that I have been for some time now...I guess im just now starting to notice all the "scenery" around said train.
But before I start talking about what I think the Bible is and why I believe it, I want to talk about what I think it is not. The Bible is not (in my opinion) the "inerrant and infallible perfect Word of God". It feels weird for me to say that so bluntly, but for the longest time now Ive felt like God has been telling me that the Word of God is something rather separate from the Bible itself. And really, Im inclined to say the Bible even agrees with me on that point at least, since John 1 describes Jesus as "the word [become] flesh". And so if that is the case, the Word of God is something that manifested in the person of Jesus, not so much in the 66 canonized books that we have come to know as the Holy Bible. And even the Bible itself cannot really defend itself as being the word of God, since any verse/passage you use to justify that conclusion(such as 2 Timothy 3:16) was written before our current canonization (and even if you could prove such a thing with the bible, it would be rather circular anyways). So other than the Bible traditionally being believed to be the perfect Word of God, I do not think there is much reason to conclude that it is. And in a sense, I think there is a great danger in concluding that it is, because in the begining was the word, and the word was with God and the word was God, according to John 1:1. Therfore, if we conclude that the Bible is the Word of God, then that literally means it is itself God. And I think that is the source of a lot of Christians seeming idolization of the scriptures...an idol that needs to be torn down in our hearts.

I think another reason that Christians tend to believe the Bible is the infallible word of God is because it brings a certain amount of comfort and convenience; its comfortable to think that everything God wants to say to us has been perfectly preserved in a single ancient text, by which we can then build our rituals, beliefs and whole lives around. And its convenient to think in our minds "everything this book says about God is true, but everything in every other book is nonsense" because then we dont have to take any other religious/spiritual claim besides our own seriously. We dont want to think that the Bible may not be perfect and all true, because then we must undergo the unconvient task of determining what of it is really true (if any of it).
Now some will argue perhaps that the opposite is true; that its more comfortable to think that the Bible is not the infallible word of God, because then you can pick and choose out of it what you want to believe. But I've begun to wonder if the people that accuse others of this, arent themselves doing much the same thing? If one decides to believe that the Bible is true while everything else is false, then arent they "picking and choosing" what to believe and not to believe as well? The only difference is picking the text you want to believe from among the various sacred texts of the world, as opposed to picking the verses/passages out of a single text that you want to believe (which I think every Christian does anyways, whether they realize it or not).

So with all that said, I suppose one would ask why I still read the Bible and search it for truth, even though I see that there are errors and have come to the conclusion that its not all true? If part of the bible isnt true, why think any of it is? Well, that is the very question I think that kept me bound to thinking that the Bible was the infallible word of God, but then I realized I didnt treat anything else in life quite like that. For example, I may not agree with the Pastor of our church on every doctrinal matter, but still think he speaks alot of truth. Or I may not agree with every idea a politician has, but still vote for him because I agree with him far more than his opponent. So in the same way, its quite logical to believe there is immense truth revealed through the bible, even if much of it is colored by the writer's opinions and perceptions.

Anyway, I think there are many things about the Bible that intrigue me enough to look to it (or I would say, through it) to find truth; a few in particular that I would like to touch upon breifly. One such reason is that it paints us pictures of God and experiences with God from many different people's perceptions(and sometimes, multiple perceptions on the very same events, as we find in the gospels). And all of those people werent merely clergymen sitting around wondering what God may be like; the authors of the bible consisted of everyone from wealthy kings to tax collectors to simple fishermen. Having such a book with a broad palate of experiences given on God is valuable to say the least, but what makes it even more valuable is that there are timeless themes that seem to get repeated over and over throughout the book. Just a few examples of those themes would be love, forgiveness, mercy and salvation. Granted, there is a fair bit of tension on and around these concepts because there are different authors (hence where some of the error lies), but we shouldnt let that bother us anymore than the peeling paint on an old mural. We should look at and appreciate the overall picture we can see from a distance. Looking at that overall picture, or common themes, among many authors over many generations I think attests to a very real truth that is most likely inspired by the Creator himself.
Lastly, and probably most influentially is simply my experiences. I grew up in a family that honored the bible and the christian tradition, so of course it influences me from that angle. But one of the reasons I think the bible still has a great influence on my search for truth, is that its wisdom has visibly shown itself to be true and have a positive effect in my life. An easy example would be Matthew 6:31-33, where Jesus says "Do not be over-anxious, therefore, asking 'What shall we eat?' or 'What shall we drink?' or 'What shall we wear?' For all these are questions that Gentiles are always asking; but your Heavenly Father knows that you need these things--all of them. But make His Kingdom and righteousness your chief aim, and then these things shall all be given you in addition." I cant tell you how many times I've really needed something in my life, and it actually comes to me once I stop worrying about it and instead try and dwell on what God wants to do in my life. Perhaps it's just coincidence, but I feel its much more than that.
Another one that comes to mind is James 1:2-4 "Reckon it nothing but joy, my brethren, whenever you find yourselves hedged in by various trials. Be assured that the testing of your faith leads to power of endurance. Only let endurance have perfect results so that you may become perfect and complete, deficient in nothing." Several times I've gone through various trials and it really tests my faith and me as an individual, but I eventually see the good that comes of it and feel like a more "complete" person in general because of it. And I could go on and on with similar examples, but those are just a few.
In closing, while I dont think the Christian scriptures are without error, or should truthfully be called the Word of God, I also dont think that they have to be to find them immensely useful in my own spiritual journey. Its relevance and importance has shown itself to be true in my life and the peoples around me, and thus, I comb them for truth.
Posted by SavageSoto at 11:14 AM 5 comments: