The Problem with Theology

*Capitan’s log, star date: I don’t really give a a flying borg’s eye…*

If you were to take two people with two differing theologies , put them in a discussion on a differing belief and you stripped down what they were saying, it might go something a little like this,

“No, you’re wrong. You’re wrong because this verse says so” Said Person One.

“Actually, I’m right because that verse doesn’t mean what you say it does, it means something else” replied person two.

Person one looks puzzled and shouts “What? No, that verse can’t possibly mean that! It has to mean this because this other verse says this, and that confirms what I’ve been saying all along!”

I’m sure we’ve all heard or read or been in a conversation like this before. And it is always interesting how one theology interprets everything to fit in a certain “grid”, so that when someone else suggests one of those pieces should change its position, the first theology shouts about how that can’t be so because it doesn’t fit properly in their “grid”. But seldom some wonder whether or not part of their grid (or perhaps the whole thing) may be incorrect. And this is to be expected, since such a question is quite daunting and uncomfortable, but what happens is this: What could be a potential learning process becomes more of a war of the doctrines. It is a war in which no one ever really wins (just YouTube a controversial video dealing with religion, and you will see what I’m talking about). Hence, to some degree I’ve lost interest in the topic, or at least debating it with any vigor or desire to show others that I’m right.

Everybody’s enlightened…everybody’s saved…and everybody is lucky enough to be the chosen ones. Or so everybody thinks, at least.

I mean once upon a time I loved theology. In some way I still do love it, but not so much in the sense of trying to pin point every right belief about God and the Bible. This, I would say, is mostly because no matter how much you study (the Bible, the Christianities, etc), all the conclusions you come to are merely assumptions. That’s it…assumptions. Assumptions based on other assumptions. Some of those assumptions might be more historical or traditional than others, but they are usually based in no more objective evidence than the next assumption. And then we feel inclined to take those assumptions and spend loads of time trying to beat the differing assumptions out of someone else. It's all rather pointless, and usually not that loving either.

This is also why I waste absolutely no time in calling people “heretics” or “false teachers” just because they disagree with what I think is true. I mean, between the velvet lies, there may be a truth that’s hard as steel, but that doesn’t make it any more obvious in a world where God seemingly made it impossible to prove such things, does it? Do I really need to call you a name or judge your character or relationship with God, just because you believe differently than me? And do you really have to brand me as “out of your club”, just because my ideas didn’t get the highest votes among some old stuffy men in Rome, over a thousand years ago? I think it’s just better to accept our differences, and share ideas when and where civility isn’t going to be an issue.

So what do we do? How do we determine the “right” theology? Is that even possible? No, I don’t really think so. Yet, I think one can get an ‘A’ for effort, if they are at least trying to determine what is most true about God and spiritual realities. All we can do is make the best assumptions that we possibly can. After all, we don’t have any other choice but to abandon the search all together and be content with an existence only in-tune to the physical and provable dimension (which some do). Yet some of us still have a hunch that there is still some very real truths to be uncovered (even if only partially) within this spiritual quest we find ourselves in.
So, we must push forward and continue to test the fruits and test the spirits, as I mentioned in my last blog.

A Rebirth of faith 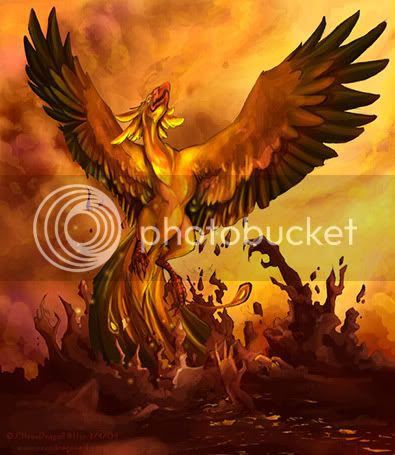 Since I sometimes get a kick out of reading my past religious musings, I decided to read a couple of my old blog entries the other day and happened to notice that while I had written thirty-three entries in 2009, I only had six entries for 2010. And so my question to myself was naturally, why did I write so little last year in comparison to the year before? Was it a lack of time or lack of ideas? Or was it the fact that my blog entries dont typically spur the conversations that my facebook posts tend to? Did I just have more to say as a new universalist/heretic in 2009 than in 2010 and beyond?
Truthfully, probably each of those things contributed a bit Im sure, but maybe the main reason is that the more I question every bit of my past understandings of God and faith, the less neat and definable my personal theology becomes. And its a little frustrating, honestly. I often find myself wishing I could return to the days of simplistic faith, when I didnt over-analyze everything I believed and why; when I just assumed the preachers could understand God and the Bible better than me. Yet in another sense I am glad that I am free of that dogmatic and legalistic system. My nervousness does not outweigh my feelings of liberation; a liberation that encourages me to finally go through with this ordination process and help others seek out God in Christ even beyond the orthodox understandings.
None the less though, I feel confronted with a belief-structure that is on its deathbed. And when a lot of religious people come to this point, the majority seem to find ways to just let go of spirituality all together (even if its over the course of several years). However I feel to do so would "throw the baby out with the bathwater" as the old saying goes. This is because I still find value in the spiritual symbols I've come to know and love, as well as my Christian tradition and its scriptures. Yet I've come to find that the more I examine not just individual doctrines, but the entire paradigm ive constructed is in desperate need of a refreshed and updated approach. Like the legend of the mythical Phoenix bird, no matter how magnificent it may have seemed at one time it eventually gets old, tired, and in need of that final rest. But as the story goes, the sun would shine down upon the bird bursting its remains into flames (or...something) and from its ashes a new fledging Phoenix would arise. And I am hoping and searching for God to do much the same thing to my faith (which I dont think is a stretch, giving the whole "born again" concept is a fairly big staple concept in Christian tradition).
So what might this reborn faith or approach to faith look like? To be honest, beyond a few vague ideas, I dont really know. I definitely dont think it means giving up on either God, Jesus, the Bible or even certain Christian rituals. What I think it does mean however, is attempting to look at all those things in a different (and often times, more reasonable) light, only returning to traditional ideas when and if they actually seem to work in a consistent spiritual paradigm. Its the kind of faith that isnt interested in being different from traditional Christianity merely for the sake of being different, but at the same time doesnt hold to it and its answers unquestionably so. It would be aware that it can be deceived and wrong at times, yet it is not afraid to use the heart and mind that God himself gave us. It is a faith that loves and cherishes the Bible (and even possibly other holy books or books period) but is aware that realistically no one writer or person can speak for God, even if he/she has a message inspired by their God experience or Gods spirit. This faith would be free from the delusion that any one religion or spiritual perspective can fully contain, define and confine the vast and mysterious entity we call God. And this faith realizes that for every statement or hypothesis about God and truth that we can make, it will most likely only be a shadow or outline of the actual reality. In a nutshell (or bird eggshell), this faith is simply interested in discovering and experiencing the God and His/Her/Its truth, whatever and wherever that is.
Is this kind of faith possible without drifting off into extreme spiritual vagueness and uncertainty? I honestly dont know. I suppose the best one can do is to try to "test the spirits"(1 John 4:1) and determine if what we believe or are coming to believe is worthy of the God we have come to experience, which is not an answer that will be the same for everyone. We should also look at each of our beliefs much like Jesus suggests we should look at people (Matthew 7:15-20), and determine from the "fruit" produced which is good and which is not. If said fruit causes us to be violent, angry, sad or in any way abusive to others and the world/opportunities given to us, then it may indeed be bad fruit. However, if it causes us to show love, use our resources wisely, discover peace and connect us with the God experience, it is likely to be a good fruit. And while this approach doesnt necessarily determine which beliefs about God and truth are indeed true, it may at least give us a guiding star by which to determine what may be MORE true about God and what may be MORE true about ourselves and others.
Posted by SavageSoto at 2:03 PM 2 comments: